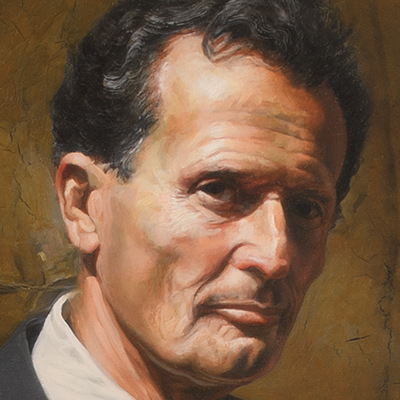 Bert Fields, who could be the greatest Consigliere of them all.

Mario Puzo - Author Of The Godfather

Bertram Fields spent his entire professional career as an attorney. After he left the military, he started a practice in Los Angeles and garnered a stellar reputation, representing major stars, including Tom Cruise, Warren Beatty, Wayne Rogers, Dustin Hoffman, Madonna, and Michael Jackson.

A professional memoir instead of a chronologically linear autobiography, Summing Up furnishes a collection of anecdotal vignettes that focus on Fields' extraordinary experience as a lawyer, and many consist of only a few pages of impressionistic remembrances. His insider’s look into the world of the famous is sometimes artfully revealing. For example, Fields was already one of Jackson’s lawyers when the singer was accused of sexually abusing a child; he resigned due to what he saw as Elizabeth Taylor’s interference.

Other tales are much lighter in tone; for instance, Gore Vidal turned to Fields when a movie studio refused to credit his work on the screenplay for the film The Sicilian. Fields won his case, but then Vidal, after seeing the movie, exclaimed, “Keep my name off that piece of shit!”

The author also fired Donald Trump as a client, he says, because he was disgusted by a deceitful strategy that the real estate mogul employed.

The author’s world seems to be full of famous people; he began writing books, he says, after Mario Puzo, author of The Godfather, encouraged him after reading one of his legal briefs. Still, the repeated references to celebrities never feel like gratuitous name-dropping. Fields’ prose style is wry, lighthearted, and crisply straightforward, and the memoir is impressively humble given the author’s many accomplishments. His book should appeal broadly to lawyers and nonlawyers alike.

Summing Up: A Professional Memoir 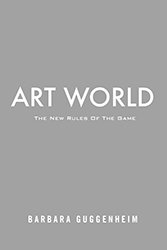 Art World The New Rules Of The Game 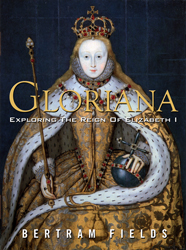 Gloriana: The Reign Of Elizabeth I 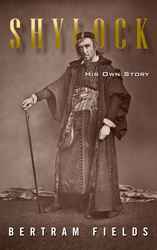 Shylock: His Own Story 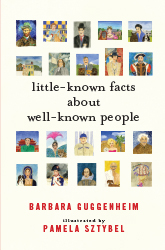 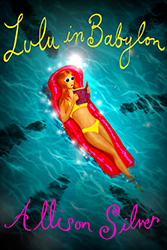 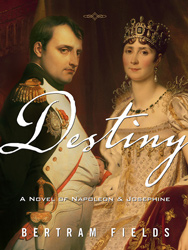 Destiny: A Novel Of Napoleon & Josephine

Co. Aytch: A Side Show Of The Big Show

Art World, the whole work, more than a how-to textbook, is really a passionate defense of the place of art in life—every page rings with Guggenheim’s devotion to what is undoubtedly a calling, if a particularly lucrative one for her. A charming passport to the unregulated art world.

The silver book taking the Art World by storm.

An insider's guide into the world of art. 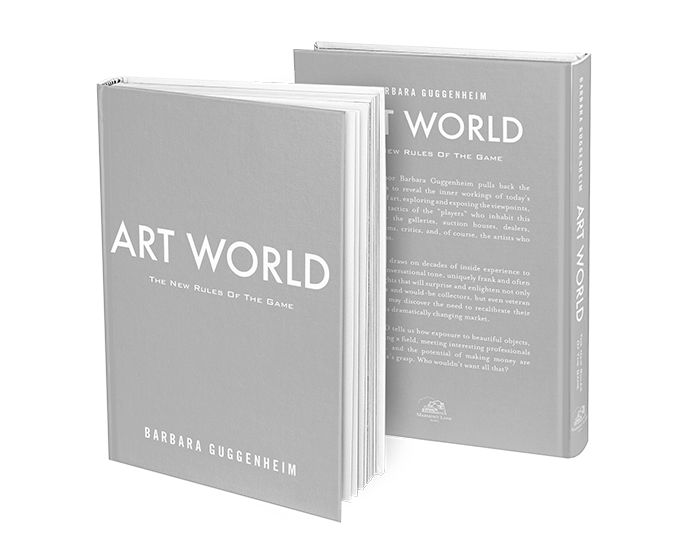 A consummate insider demystifies the nebulous cosmos
of buying and selling art.

“While most who choose to read this volume will have visited a museum, few will have gained entry into the inner sanctums of art appreciation. Guggenheim has lived her life in those occluded quarters—she has a doctorate in art history from Columbia and has worked at Christie’s, Sotheby’s, and the Whitney Museum of American Art—and so is ideally positioned to furnish a ‘backstage pass into the art world.’ Her first book, examining ‘one of the last unregulated fields,’ is eclectically structured: it is one part instructional guide and one part work of history, all written in an almost confessional tone, exposing closely guarded secrets.

ART WORLD covers a broad spectrum of subjects, including buying art at an auction, appraising a work as an investment, framing a piece owned, and deciding what to do with the treasure if the collector falls out of love with it or divorces. Sprinkled throughout the volume are historical vignettes—always insightful and expressed in breezy, unpretentious prose. The world of art turns out to be as bewilderingly complex as it is delightful: ‘Making your way through the art world is like picking wild mushrooms: it’s not always easy to differentiate what’s okay from what’s deadly.’

Guggenheim is at the height of her powers explaining the basics of a prudent purchase; she adeptly explains the process that involves the messy intersection of art, commerce, and the navigation of a cliquey and closed universe. And while Guggenheim’s notion of what a budget comprises is likely miles apart from the average reader’s, she still delivers useful advice for the less affluent on how to think about art buying. The whole work, more than a how-to textbook, is really a passionate defense of the place of art in life—every page rings with Guggenheim’s devotion to what is undoubtedly a calling, if a particularly lucrative one for her.”

A charming passport to the unregulated art world. 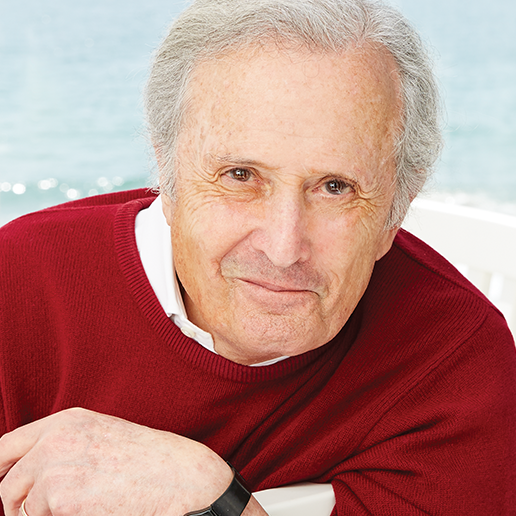 Gloriana: This wide-ranging biography is a breathless account of the life of Queen Elizabeth I. The concision and comprehensiveness are impressive, and its brevity and quick pacing keep it from getting bogged down. A quick read. A perfect primer. A comprehensive and unusual look at England’s most famous queen.

Gloriana combines a succinct and colorful biography of Elizabeth I with an incisive analysis of significant questions on the life and reign of this extraordinary woman, arguably England's greatest monarch.

Was she really the Virgin Queen? Was she complicit in the murder of a lover's wife? What were her views and actions on religion? On espionage? On torture? On slavery?

Feared and hated by the crowned heads of Europe, the brilliant Corsican, who rose from daring young general to Emperor of the French, found himself desperately in love with a beautiful and promiscuous Creole woman. Cynical at first, she came to adore him, as he adored her.

Set against a sweeping background of intrigue, terror and war,
this is the story of loyalty, betrayal, and tempestuous love.

Bert Fields has done it again. His new book Shylock: His Own Story is one of the best portraits of that immortal character you'll ever read.

In The Merchant of Venice Shakespeare gives us only a brief and limited view of Shylock, an enigmatic character who varies with each actor's interpretation.

Now, Bertram Fields gives us Shylock's full story, his dangerous background, his life, loves and challenges as an educated Jew in 16th Century Venice, the motivation for demanding his seemingly bizarre bond, as well as what occurred after his fateful confrontation with Portia and the Doge.

Allison Silver’s Lulu In Babylon is a lovingly observed tale of outrageous misbehavior and romantic intrigue, set in the irresistible realms of old and new Hollywood. Ms. Silver knows her way around a yacht, a Brentwood estate and a studio screening room, and she gets the details just right, in a voice that’s equally rueful, comic, and completely swoonworthy. 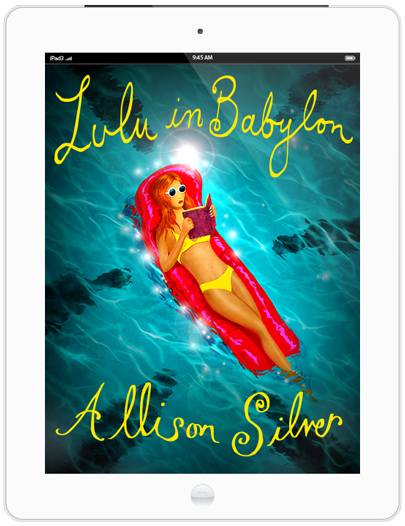 For the first time since her parents' divorce 10 years ago, Lulu Flintridge, 15, is spending the entire summer in Hollywood with her father, the Oscar-winning director Milo Flintridge. But she has no idea how over her head she is amid his cutthroat and striving circle of friends and associates – stars, studio heads, hangers-on and even his new wife, the beautiful Italian starlet Francesca Frateli.

Milo, past 50 and eager to draw his estranged daughter into his world, gives her the diary of her late grandfather, the ruthless movie mogul, A.J. Flintridge -- nee Abe Fleishman. But even this can’t prepare her for Ben Robbins, the manipulative ex-studio president frantically setting up a new go picture, whose path fatefully crosses Lulu’s on a yacht off Corsica. Or Jazzy Hirshberg, a studio head’s daughter, age 17 going on 30. And certainly not for Connor Ericson, the young English actor whose career is skyrocketing that summer.

Lulu is smart and savvy, educated in the mores of her mother's East Coast Establishment family, the Sturgeses of Boston. But Hollywood is another planet. Amid its shimmering glamor, Lulu learns that coming of age in the paradise of Hollywood can be a brutal affair.

Marmont Lane was launched in 2015 as a premium publisher of high-quality books by a select list of fine authors.

We proudly stand behind each book we make, and we thank you, very much, for reading them.

The publisher is Bobby Woods, an entrepreneur who was previously Madonna's Boy Toy Executive Producer, and the president of Martha Stewart Television.

Inquiries, comments or questions are welcome. Thank you for contacting Marmont Lane.